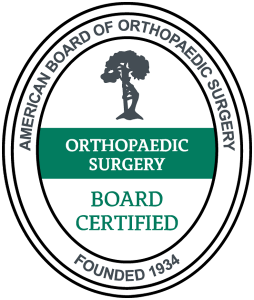 Dr. Warren completed both a surgical internship and residency with the Harvard Surgical Program at Brigham and Women’s Hospital in Boston. He then served an Orthopaedic Surgical Residency at the New York Orthopaedic Hospital, Columbia Presbyterian Medical Center, in New York City. He also completed a Fellowship in Adult Reconstructive Surgery and Joint Replacement at the Johns Hopkins Hospital Department of Orthopaedics in Baltimore, Maryland.

Dr. Warren has authored and co-authored numerous articles, and made many national and local presentations relating to orthopaedic surgery. He is involved in ongoing clinical research regarding total joint replacement, including minimally invasive and mini-incision techniques for hip and knee resurfacing. As of 2010, he has performed more than 4500 adult reconstructive procedures and has been a consultant and designing surgeon for several orthopaedic companies. He is a member of the distinguished American Association of Hip and Knee Surgeons, and is a Clinical Assistant Professor on the faculty of the University of South Florida School of Medicine. He has been a member of the Pinellas County Medical Society, the Florida Medical Association and the Eastern Orthopaedic Association. He is a Fellow of the American Academy of Orthopaedic Surgeons and has been Board Certified by the American Board of Orthopaedic Surgery since 1993, with recertification in 2013. In 1996, he was appointed Chief of Surgery at Palms of Pasadena Hospital. He has been an orthopaedic surgeon in Pinellas County since 1991.